"Referees are one of the most important yet overlooked assets in hockey. Without this dedicated group of skaters, whose love for the game is unmatched, our sport would be incomplete." - Kate Whitman Annis, General Manager, Metropolitan Riveters (NWHL) 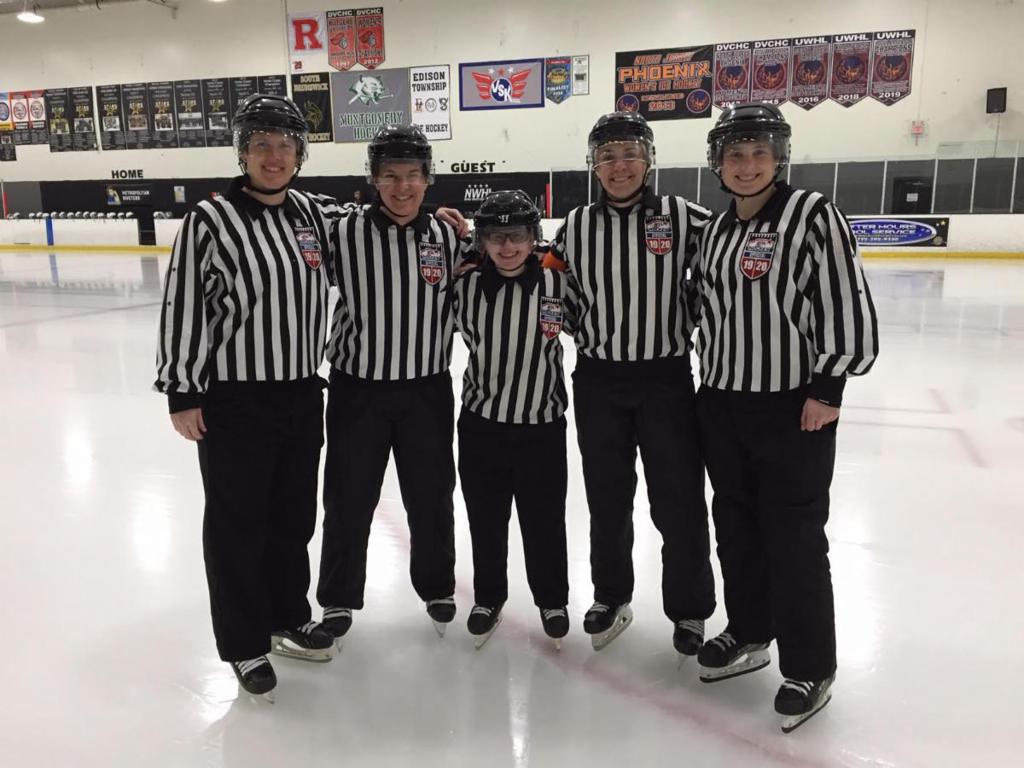 "Referees are one of the most important yet overlooked assets in hockey. Without this dedicated group of skaters, whose love for the game is unmatched, our sport would be incomplete." - Kate Whitman Annis, General Manager, Metropolitan Riveters (NWHL)

This is a sentiment anyone reading this newsletter can appreciate.  One of the most important aspects in developing officials is learning through constant exposure to new situations. One lucky young official, Ariel Gold, recently had an incredible learning experience taking the ice at the highest level of women's hockey, a National Women's Hockey League (NWHL) game, on February 15, 2020.  In the Atlantic District, we are fortunate to host one of the league's original four teams, the Metropolitan Riveters.

Ariel got to experience what it's like to officiate in the NWHL. She met the game officials, participated in the pre-game conversation and took the ice for the hot laps, announcements, and anthems. Ariel then watched the game with mentorship from experienced NWHL official Danielle Bugge, and what a learning experience it was!  As if the multiple lead changes and high scoring action weren't enough, there was also an altercation (including a kicking penalty!), overtime, and a 4-round shootout!  Ariel said, "the most memorable moment was when the referees kicked two players off the ice during the game. They handled the situation so calmly and collectedly, it was incredible to see."

Ariel was able to put what she learned into practice immediately.  "I learned to always be calm and collected. I learned not to rush my calls and make sure I know exactly what I am calling before I go through with it. I took what I learned into the MAWHA playoffs [Feb 28-Mar 1] and made my adjustments in the games."  Ariel plans to continue her officiating career when she heads off to college in the fall, hopefully working her way up to ACHA and NCAA games.

We are excited to continue working with the NWHL in the upcoming seasons.  Kate Whitman Annis, the General Manager of the Metropolitan Riveters, said, "the Riveters organization is committed to growing the game for players as well as referees.  We were so excited to shine a spotlight on an up-and-coming referee this past season.  In the 2020-21 season, we look forward to working with our referees in spreading awareness about all the great opportunities there are to be involved with the sport we love."

CONNECT WITH US ON SOCIAL MEDIA

What's great about this sponsor?