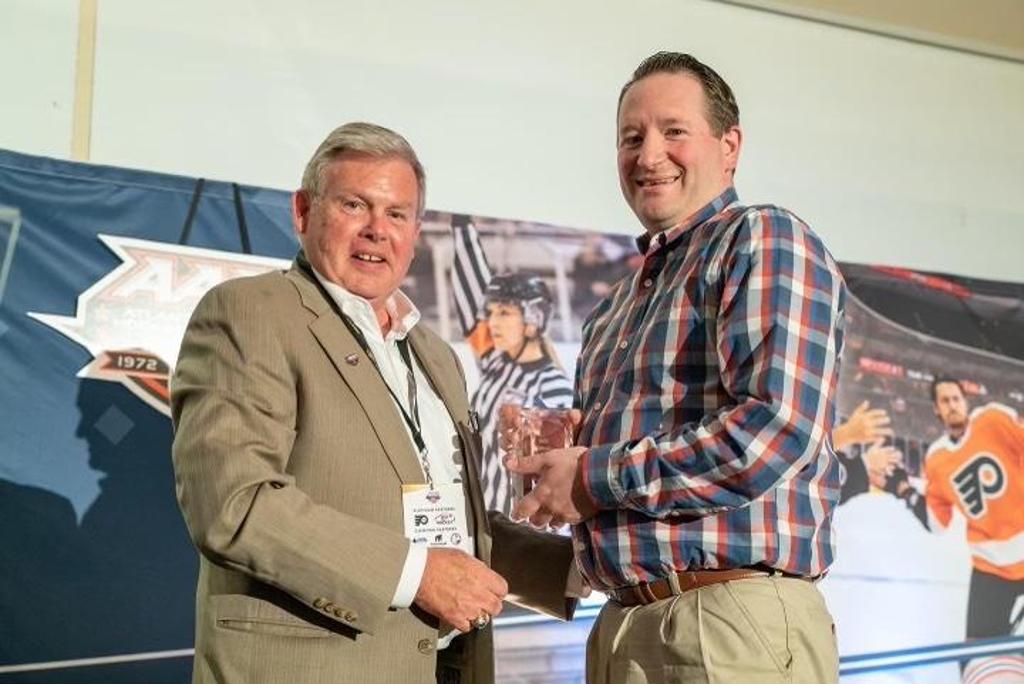 "Tim is willing to go the extra mile to make sure the little things are taken care of at camps, seminars, and hold his peers accountable to give their best effort both on and off the ice." said Atlantic District Referee in Chief Jim Doyle. "Tim is someone that veterans can confide in and look for direction; and also when he enters the locker room with new officials that he can communicate with them on their level and make the experience rewarding and fun."

"I feel like it's my duty to help out in the officiating community and to give back to younger officials," Holtz said. "I'm not one for recognition, but this is absolutely an honor."

Holtz has developed into a confident leader both on and off the ice. He has grown over the past 5 years and accepted new challenges from the officiating program and members of the AAHA Executive Committee and delivered each and every time.

He is recognized and respected in all areas of our district for his passion, his commitment to the officiating program, and for listening to his colleagues concerns on issues that are both at the local and national levels.

Holtz's on-ice achievements have allowed Tim to work at various USA Hockey National Tournaments at the Youth Level over the past 10 Years.

He currently works at the Division 1 Level in both the ECAC and CHA as a Referee.

When he is not on the ice, Holtz can be found in Philadelphia at the Flyers games as a Video Replay Technician for the NHL Off-Ice Crew. He also balances all of these responsibilities around his full time career with JetBlue Airlines.

Congratulations to Tim Holtz on this outstanding achievement!